Thank you to the Aarhus Symphony Orchestra, conductor Andreas Delfs, producer Preben Iwan, all the people behind the stage and not least the audience for an intense and inspiring week, which ended with a concert performance of the symphonic song cycle BEINTA by Anna Katrin Øssursdóttir Egilstrøð and yours truly on Saturday April 27th.

In the week leading up to the performance we did a studio recording of the piece, which we are looking very much forward to release in the near future. You should too, the orchestra sounds like a million.

A special thanks must also go to the film duo Rammatik for their poetic film elements, the AUT concert organization – Aarhus Unge Tonekunstnere – which commissioned the piece for their 50th anniversary in 2016 and not least the SPOT Festival, which hosted the first performance for almost three years ago. BEINTA is of course the result of the artistic collaboration between Anna Katrin and I, but the piece is also the testimate of strong local collaborations. Thank you Aarhus Symphony Orchestra, SPOT and AUT for this opportunity. May others be as fortunate as we were. 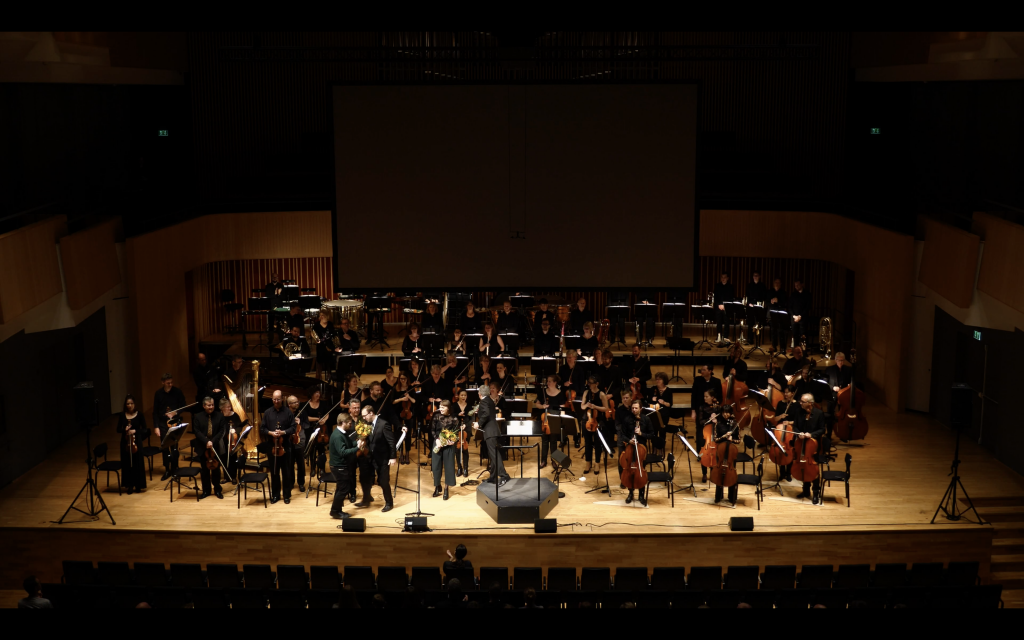