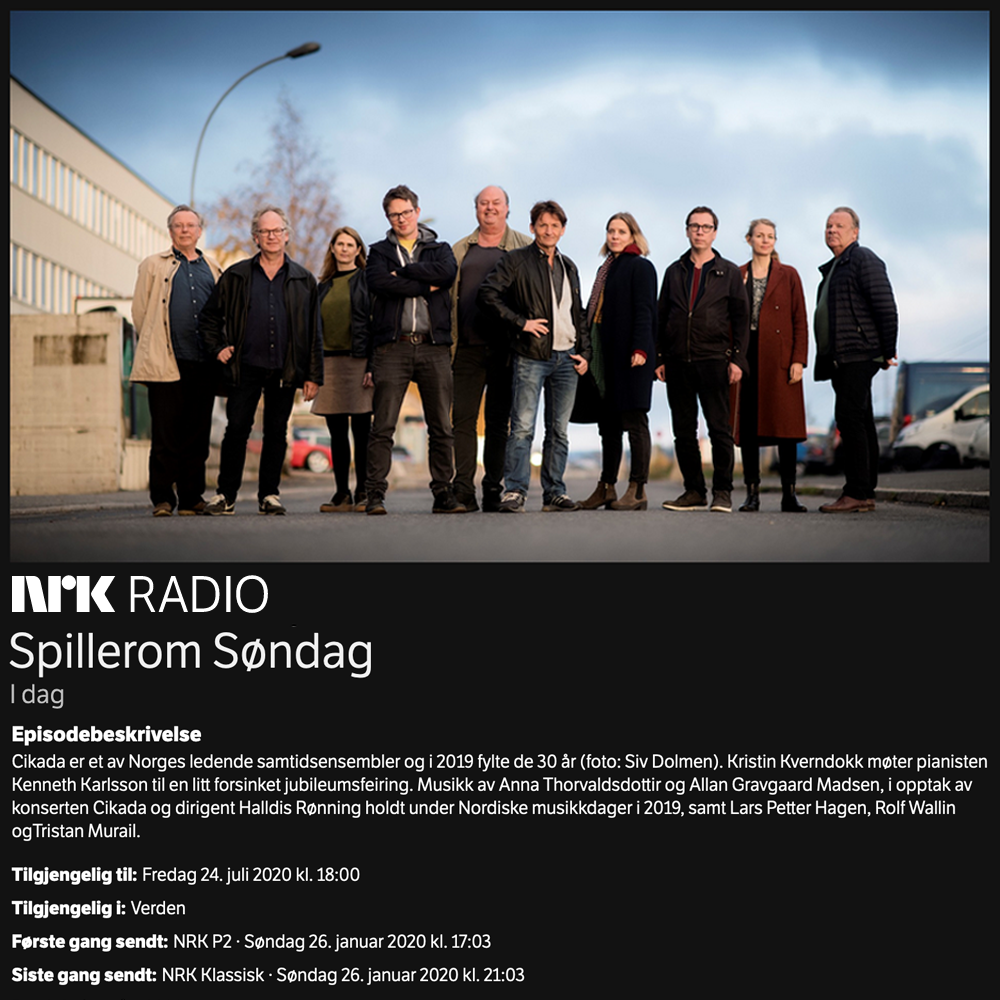 Yesterday the Norwegian Radio NRK Klassisk aired an episode of Spillerom Søndag in which you could hear an excerpt of the Norwegian premiere of my SUITE for ensemble.

The recording was made during the Nordic Music Days in Bodø November 2019 and the piece was performed by the Norwegian Cikada ensemble, which celebrated its 30th Anniversary last year.

The episode also features a short interview with yours truly made by NRK-journalist Kristin Kverndokk.

Thank you to the ensemble and conductor Halldis Rønning for such a positive process and nice performance! Hear the episode here.