An early Christmas present in the mail for me! Warszawska Jesień / Warsaw Autumn has sent me a 10 CD-box set with recordings from the 2018-edition of the festival, where the always amazing ensemble recherche premiered my SUITE.
I began writing the piece when I participated in ‘Klassen-Arbeit’, the ensemble’s project for young composers, in 2014 and four years later I finished all the five movements, which the ensemble then premiered at the Warsaw Autumn Festival in September 2018. It’s been a privilege and pleasure to get to know such dedicated musicians and nice people. 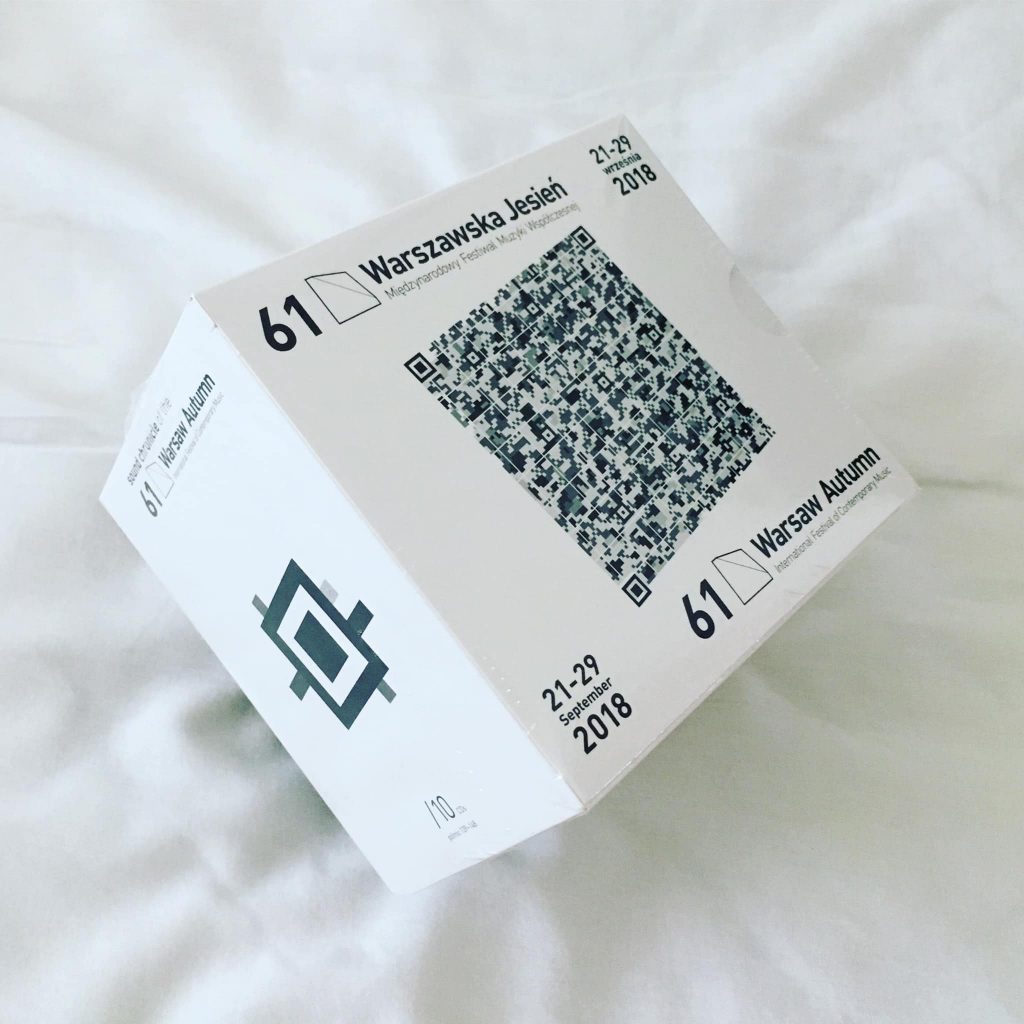